Has this question ever crossed your mind, but without being able to figure out a way to change it for real?

Here is what you might have tried, but didn’t help you:

In the beginning, you were asking yourself “why am I a failure?”

Now, after all this ongoing, futile effort and disappointment – you dramatize it, wondering “why am I such a failure!”

You cannot understand why you feel like a failure in life, even though the answer lies in front of your eyes.

It’s so obvious, that if the answer had two hands, it would slap you hard on both cheeks to wake you up.

You are not a failure. You are just too soft.

A wise man has once said:

Victor Hugo’s words were really prophetic, even though he said that about two hundred years ago.

Modern convenience has definitely turned most men from warriors and conquerors to effeminate weaklings, sissies and wimps who can’t stand up for themselves and get what they want out of life.

Most modern men are excuse-makers, time wasters, submissive and weak.

The reason you feel like a life failure, is because you are not following your calling as a real man.

“Why am I a failure at everything I do” is a stupid question to ask because you already know the answer.

As Einstein wisely said: “Insanity is doing the same thing over and over again and expecting different results”

You have to change what you are doing on a daily basis.The reason you feel like a failure is because you are constantly NOT doing what you are programmed to do as a man.

Modern comfort can be convenient, life-saving, efficient and satisfying. But if you are not careful, it doesn’t need much before it turns you into a wimp. Will you let that happen to you?

It’s entirely in your hands.

But if you want to stop feeling like a failure in life, you have to toughen up.

You feel like a failure, because you have become soft.

Therefore, to stop feeling that way – you have to become a mentally, physically and spiritually stronger version of yourself.

How To Toughen Up:

8 Ways To Stop Being Soft & Feeling Like A Failure

Let me show you how to become the unapologetic, strong and relentless warrior you were born to be.

Do you have the balls to pull it off?

1. Kick Some Asses & Punch Some Faces

Do you know what’s the one thing men have been doing since the birth of humanity?

Whether that’s fighting for survival, fighting for kingdoms or fighting in the ring, there is no single part in the history of the world that men have not been fighting.

Most modern men don’t even know how to punch.

If they saw their wife getting raped they would stand still and watch to avoid getting beaten…Disappointingly enough, some would even like the spectacle!

While I do not encourage violence when there are more civilized ways to solve your problems, if you have never taken a punch – then the odds of being a real, dominant male are not in your favor.

Men are born to fight, jump, kick, punch and run.

They are not made to sit down all day in front of an office – obeying to their superiors – and then going back home to watch TV.

I am not suggesting going out and beating people. And I am clarifying it because many people are so stupid to realize it.

We live in a civilized world and you can now enroll in a martial arts class – regardless of where you live. If you have internet access, you are most likely to have a martial arts instructor close to your place.

I would recommend boxing, Thai boxing, kick boxing or MMA.

The purpose here is not to learn self-defense, but to make yourself tougher. Get in the ring, throw some punches and take some. It will make you a better man.

More confident and assertive. More self-assured and more powerful. And most importantly, less soft and afraid.

It was the Sioux Indian boys that used to open holes in the ice, jumped in the cold water and stayed there for several minutes.

This was what made them “men”.

I know that a hot shower is pleasant and rewarding at the moment you take it. But if the Indian Boys could jump in the freezing water, then what’s your excuse for not having the mental strength to even take a cold shower?

It takes discipline and persistence to stay under the cold water and not turn the switch to the hot, when the temptation is there.

The devil in your head tells you that the weather is too cold for having a cold shower.

Ignore the evil voice of instant gratification and persevere while the cold water keeps running on your body.

When you are out, you will be feeling like a brand new man.

3. Take The Stairs (The Elevator Is For The Old & Injured)

I live on the 4th floor.

Yesterday, I went out to the local supermarket to get some groceries.

It’s just 5 minutes from my home, but it was 12 pm in the noon and the sun was flaming hot. It was probably over 35° Celsius.

As I was walking back to my home, I was carrying all the groceries and two 9L water bottles. I found myself walking under the annoyingly hot sun while sweat was slowly running on my cheeks and forehead.

I was really tempted to take the elevator, and I had the perfect excuse to do it.

That’s when I realized I was thinking “softly”. I toughened up and took the stairs.

According to the famous health & nutrition book Salt Sugar Fat by Michael Moss, the average person consumes 71 pounds of artificial sweeteners a year.

That’s 22 teaspoons of sugar, per person, per day.

You love and crave sugar. The bad news is that the more sugar you consume, the more you crave it.

The solution is simple. Get rid of it for at least 7 days.

Minimizing your sugar intake doesn’t only positively impact your health, but also increases your overall focus, productivity and endurance.

Remove all sweets, sugars, chocolate and processed foods from your diet schedule.

If it comes in a plastic bag or package, then you don’t eat it.

You can freely eat meat, eggs, chicken, potatoes, sweet potatoes, fruits, veggies and legumes or whatever is less likely to be coming from a factory.

(Milk is obviously crossed off your list of allowed foods)

For the next 7 days, you are only going to eat nutritious, healthy, whole foods. Your body will thank you later.

4. Eat Some HIIT For Breakfast

The average man wakes up and eats a breakfast consisting of processed foods, sugars and additives.

He follows up with a sugary Starbucks coffee (or any other type of coffee) along with vanilla muffins or chocolate cookies.

The smokers finish their morning routine with 1 or 2 cigarettes.

That’s too easy, too soft and too pathetic. It doesn’t require any character strength to do that.

Let me suggest a better alternative. Begin your day with eating HIIT.

HIIT or high intensity interval training is an incredibly powerful form of cardio.

Not only do you increase your strength and endurance, but you also burn extra calories and unwanted fat.

Do it every other day, right after you wake up. Do it consistently and the difference will also show on your physique:

(That’s the program I am doing every other morning)

And I bet the girl in the video is in better shape than 98% of people who watch it.

5. About Running Errands And Doing Chores

When I was a teen, I used to “work” with my uncle.

Normally, my parents would give me a fast ride. There was one day though, that I decided to take the bicycle.

I was cycling for over 60 minutes at a fast pace with a BMX bicycle (not the best choice for long distances) – and this amazing muscle pump in my legs lasted the whole day.

You don’t need to do that every day. But if you have the choice between walking/cycling and driving to where you want to go, make the right decision.

It’s ridiculous to see people driving 2 blocks away when they could easily walk, jog or cycle and combine their daily errands with improving their fitness.

6. Eat Nothing For 2 Consecutive Days

Intermittent fasting is so amazing, that I cannot stand eating breakfast anymore.

While I usually skip breakfast and just push my first meal 5-8 hours after I wake up, there is a version of fasting that’s slightly more hardcore.

Some of the benefits include:

You are going against your body & mind’s tendency for comfort, balance and saving energy.

Instant gratification is the most forceful enemy within. Each and every time you indulge yourself in instant pleasure, you are becoming weaker.

Fasting is an extremely effective and powerful way to exercise your self-discipline and toughen up.

Just drink plenty of water and some black coffee in the morning. Don’t worry, you are not going to starve to death.

Falling into the temptation only saps you of precious energy and makes you feel weak and tired.

Raise your standards, be a real man and go out to get laid.

Most men would feel intimidated by Bilzerian and therefore use the excuse that “women just want him for his money”.

To a certain degree, that could be true. But it’s not really the case.

Dan is a masculine man.

There are also other rich celebrities – such as Seth Rogen – who do not live like him. 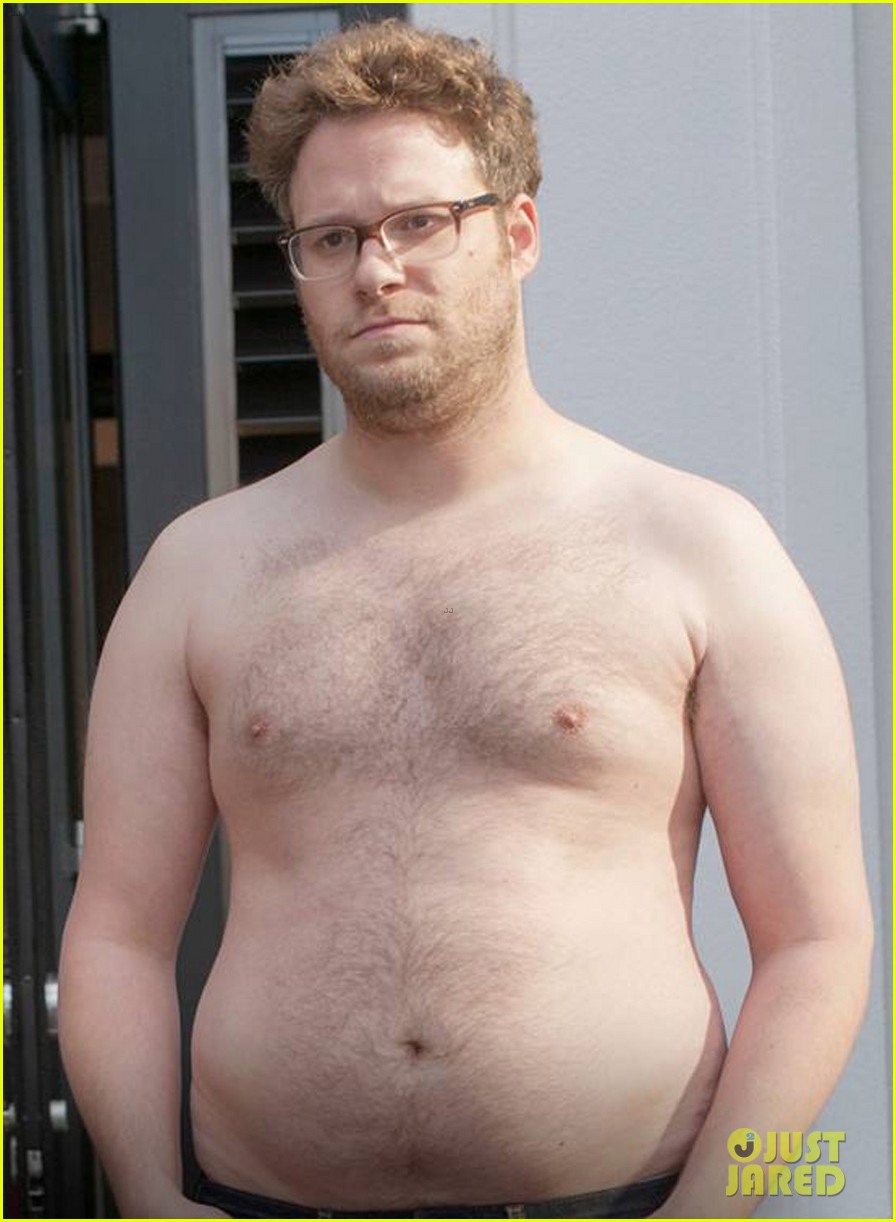 Even if they were just regular people and they didn’t have the money they have, who do you think women would find more attractive?

Calibrating your social skills, dressing like a boss, making lots of money and working your ass off in the gym to become ripped is a harder option, but much better over the long-term.

Do you feel like you are such a failure?

Then try to do 100 straight push ups. If you cannot do that, then you are a failure – because you are not in top-notch physical shape.

Most men working typical office jobs, wouldn’t even be able to do a set of 10 push-ups with perfect form.

After all, the big belly touching the floor cuts the movement down in half.

In the worst case, you should be able to do 10 sets of 10 push-ups. That’s the minimum acceptable standard for a man to be called a man and not a woman.

Toughen up, remind yourself that your origins come from warriors and start doing daily push ups.

You have to be tough enough to do 100 push ups, non-stop. That’s the goal.

Man up, toughen up and do what it takes to turn your life around, stop feeling like a failure and blaze your own path in life.

PS: What are you going to start doing right now to toughen up?

Let me know in the comments and then SHARE this post with your friends on social media to help them become tougher!

Share via
\"Why Am I A Failure?\" - Because You Are Too \"Soft\"
https://www.dareandconquer.com/why-am-i-a-failure/

How To Make Money Without A Job (Beyond Your Wildest Dreams)

Individuals who contribute to Dare and Conquer on a regular basis, through commenting, will be rewarded here.
When will your name be on this list?
[I_need_help_with]
[6_easy_steps]