Sign up to skyrocket your income. Get a whopping boost to the 6 and 7 figures - with or without a college degree.

The same tested and recession proof tips I used to have $40,889 months

How To Become a Millionaire Selling Rocks (True Story)

The “Become a Millionaire” Article Of Your Dreams

Tell me someone who doesn’t want to become a millionaire.

Everybody likes riches. Everybody would enjoy being wealthy, traveling, having fun and living a life free of obligations.

Yet, there are not so many millionaires out there. Most people work at a normal job and have pretty normal lives. Nothing extraordinary. Nothing extremely interesting.

But millionaires? There aren’t so many. Even if today we have more resources than ever.

And when you recognize that something, you will know how to change your life drastically.

What Makes the Difference Between A Loser & A Winner

This man became a millionaire selling Rocks as Pets, boasting that they never needed to be fed or taken care of.

The “perfect pet”. The Pet Rock! 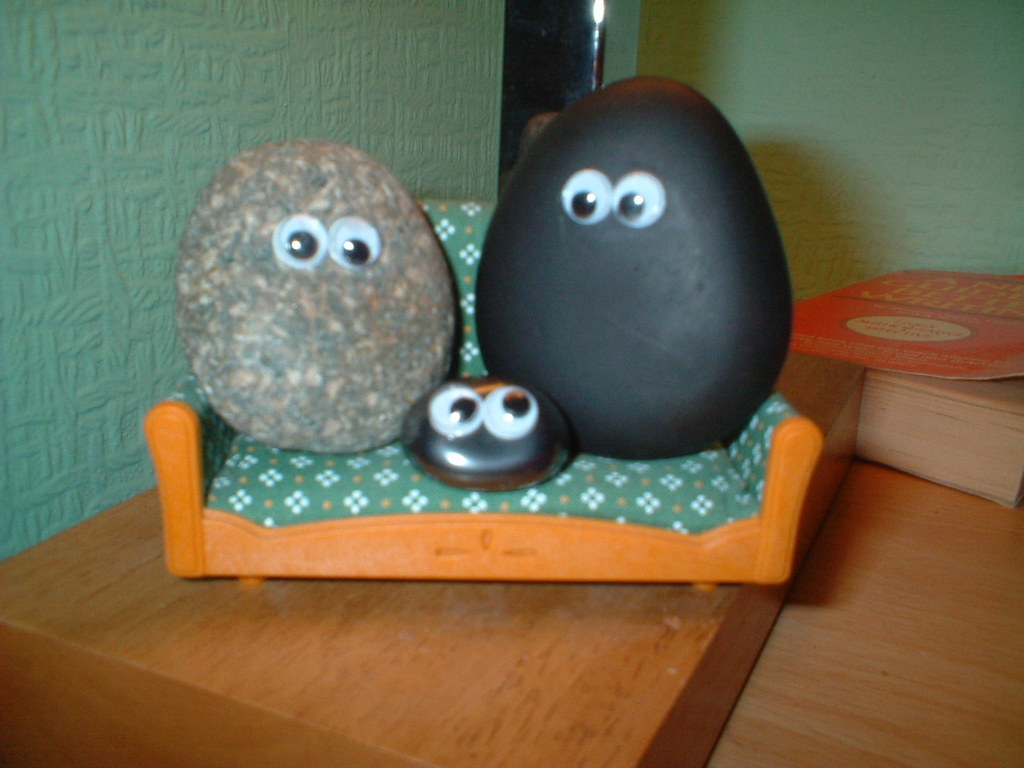 “This is the perfect pet that doesn’t need to be fed, walked or groomed that will never die or become sick. Potty-training your pet rock was effortless and asking them to stay quiet was easier than stealing candies from a baby”

How ridiculous does it sound?

Yet, people came in droves and bought it like crazy.

The ignorant may say this was pure luck, but the savvy businessman knows that Gary Dahl made millions from this idea for another reason.

My question to you is: “what’s really stopping you from becoming a millionaire?”

If someone can make millions of dollars SELLING FREAKING “PET ROCKS”, then what the fuck is stopping you to take charge of your life?

Gary Dahl ain’t smarter than you. Yet, he became a millionaire. So what’s your excuse?

There are no excuses. There is only one reason you haven’t made it yet. And that reason is BELIEF.

I know it sounds cliché, but how can you achieve your goals if you don’t believe in your abilities? You will sabotage yourself without believing that you can do it – You will have lost the fight before even entering the battlefield.

Tell me, what separates millionaires from you?

Are they smarter? Are they savvier?

No…they just believed in themselves.

And they are human beings like you. They have two legs, two arms and one fucking head.

Don’t Fall In This Trap

There is no better time to start believing in yourself than now. I see people who say “I can’t believe that it’s possible before it happens”

But what they actually mean is: “I can’t do it. I don’t believe in myself. I want someone else to achieve it first. Then I will probably try it on my own.”

All those people who have accomplished great things, all the ones who have written history – like Hernan Cortez – there are people  who achieved something that nobody else has ever done before.

William Kamkwamba built a windmill in Africa that generated electricity for his whole village. No other kid in Malawi has ever managed to build a windmill.

Did William waited for someone else to show him the way?

Of course not. He innovated.

Instead of seeking of external validation that something can be accomplished, he created his own path.

No one ever became extremely great without innovating.

Those who seek for validation never accomplish big things. They might accomplish something, but it won’t by so remarkable. Someone else has done it as well right?

Sure, another thing that matter is how many people have accomplished the same thing in total over the years. The fewer they are, the bigger your accomplishment can be considered.

Don’t seek for approval and validation.

Don’t wait for someone to show you that it’s doable. Because when you do that, you lose precious time.

Don’t wait for someone to accomplish what you want to accomplish to believe that it’s possible. Instead, be the one who will accomplish it, and show others the way to do it.

The Strength Of Your Belief Can Make Or Break Your Success

Do you know why people who don’t believe in themselves 100% fail to achieve their goals?

When your faith is strong enough, nothing can beat it. No doubt can penetrate your faith. It’s unbreakable.

To become a millionaire, you need to have unbreakable faith in your abilities.

All top performers, successful entrepreneurs and innovators have incredible faith in their skills, abilities and powers.

Gary Dahl believed that he could make money selling pet rocks. And he made millions of dollars.

William Kamkwamba believed he could make a windmill that generates electricity. And he made a windmill when he was a teenager.

That’s all you need.

To have a goal that you want to achieve. And the belief that is possible.

Then it all comes down to consistent effort until it’s done. When you do that you can achieve literally whatever you want.

That’s the strategy you have to use to make it work.

Set a goal. Believe that you can do it even if no one else has done it yet. Consistent, daily effort towards that goal.

Do these three things and nothing will be out of your reach.

Frankly, I have achieved more things in the last 1 year following this three-step formula, than I have accomplished in my entire life.

And I know that the future will be even better.

And if I can do it, then you can do it as well. It’s all a matter of belief and conviction. I have 2 arms and 2 legs like you do.

If someone else with 2 arms and 2 legs found a way to become a millionaire selling pet rocks, then you and me can do it as well.

But only if we believe that it’s possible.

The power of your belief will make or break your success. Nourish it, make it stronger and then start reaping the rewards.

Literally that’s all needed to achieve your goals, live a better life, get a better job or become a millionaire.

And when you doubt about your success, always think that a man made millions selling pet rocks. Never forget that and keep moving forward. If he can do it, you can as well. He ain’t better than you.

Share via
How To Become a Millionaire Selling Rocks (True Story)
https://www.dareandconquer.com/how-to-become-a-millionaire-selling-rocks-true-story/

I Took The Real Limitless Pill aka NZT 48…And Almost Became Marvel’s Flash!

High Six Figure Income Job Requires No Experience, Could Be Done By Anyone (Not A Dream)

A college dropout (chemical engineering) who founded his 1st company at 19 years old.


Damian became a go-to consultant for 7-figure companies, made mid 6-figures on Fiverr, moved from a roach-infected dorm room to a Dubai penthouse and is currently running 3 businesses with several employees at such a young age.


Lately, he has also been featured on The Huffington Post.

CONNECT
Social Media for Winners Only

Individuals who contribute to Dare and Conquer on a regular basis, through commenting, will be rewarded here.
When will your name be on this list?
I need help with ...
Making
Money Starting a
Business Becoming
Successful Social
Relationships Lifestyle
Design Fitness

Your 6 Easy Steps to start a semi-automated, profitable business at home